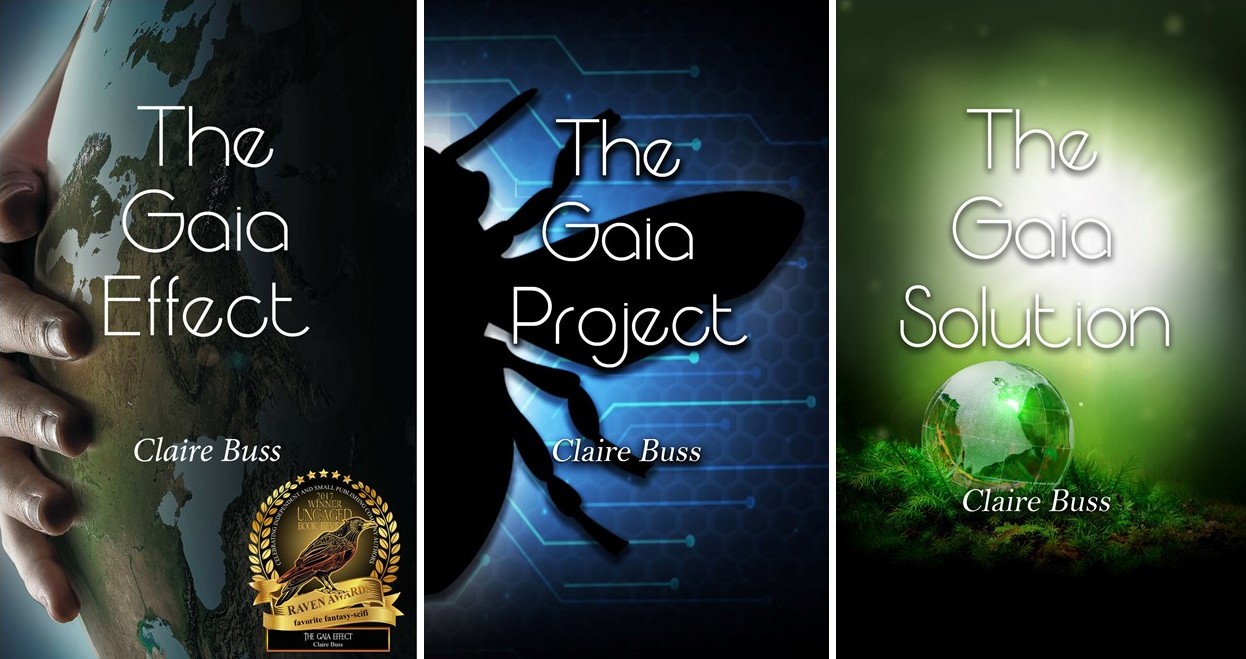 It was back in July 2018 that Claire and I wrote a dialogue piece reflecting on our writing processes and the formulation of our respective debut novels. In our writer timelines, following the award-winning success of The Gaia Effect, Claire was at the final hurdle of completing draft one of her sequel, and the second book in The Gaia Collection, The Gaia Project; I was just embarking on my sequel, A New Religion. It is with huge admiration then, that, nearly a year and a half later, and with my own sequel postponed until 2020, I congratulate her in bringing her trilogy to a close with The Gaia Solution: a body of work which manages to be at once thrilling and poignantly heartfelt in its premise. In fact, I am a week or two late in my applause, as the final chapter in this original race against time came out on 8th November! If you haven’t come across this trilogy before, it’s certainly worth taking a peek. You can do so using the links to the books below or having a read of the summary that follows but… SPOILER ALERT – you are warned, in giving an overview of the events that lead to The Gaia Solution, some spoilers are unavoidable!

The Gaia Collection is Claire’s hopeful dystopian trilogy set 200 years in the future after much of the planet and the human race have been decimated during The Event, when the world went to war with high-energy radiation weapons.

In The Gaia Effect, Kira and Jed Jenkins – a young couple who were recently allocated a child – together with their closest friends, discover Corporation have been deliberately lying to them and forcing them to remain sterile. With help from Gaia, the spirit of the Earth, the group of friends begin to fight back against Corporation eventually winning and taking over the governance of City 42.

In The Gaia Project, Corporation fight back under a new, more terrifying organisation called New Corp and Kira, Jed and their friends end up fleeing for their lives trying to find a safe place to live. They travel to City 36 and City 9 in vain and must go further afield.

In the final book, The Gaia Solution, the main characters have ended up with the Resistance and not only do they have to deal with surviving against New Corp but an extinction environmental event is looming on the horizon and they’re running out of time to save what’s left of the human race.

One thought on “The Gaia Collection: the Dystopian Trilogy with Heart”

My Tweets
Follow Benjamin Hope: Author of The Procurement of Souls on WordPress.com