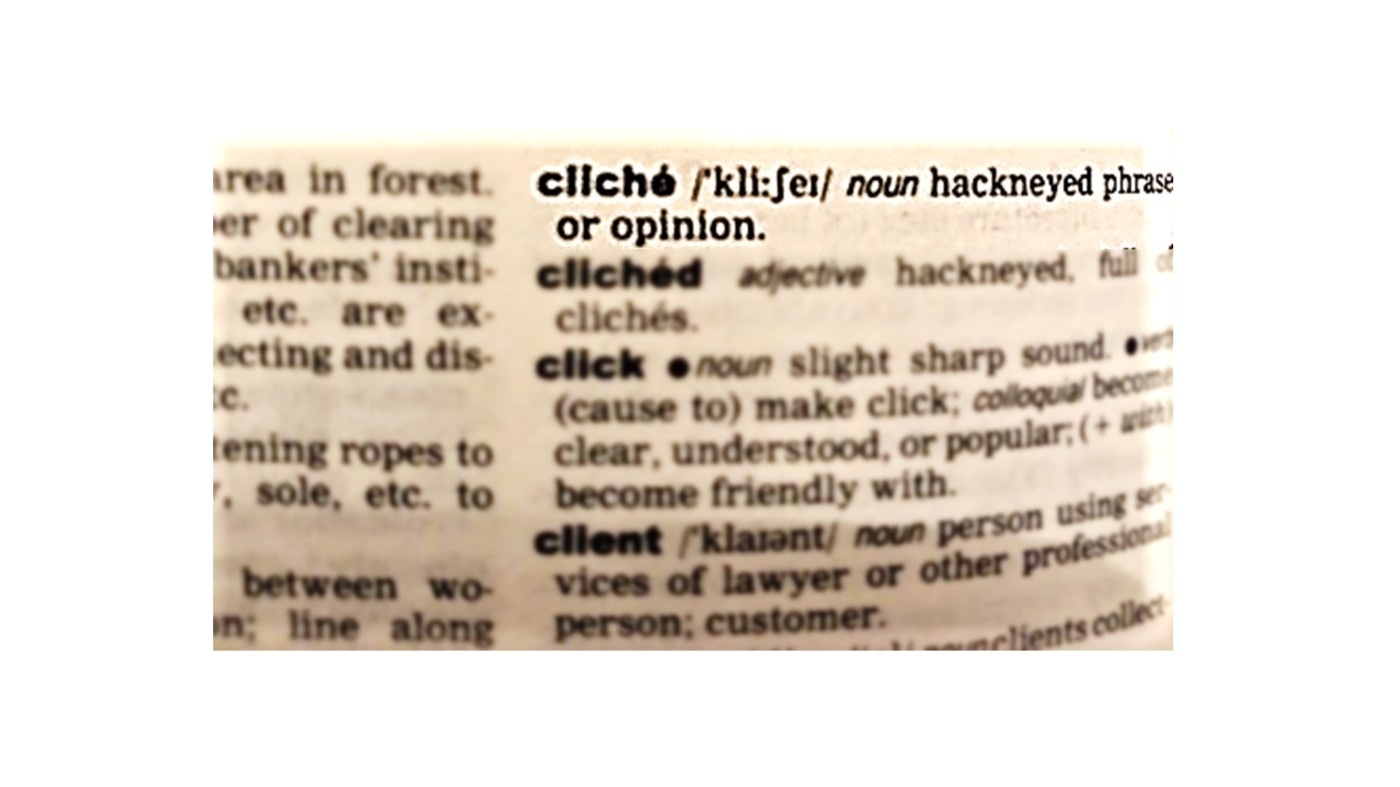 I don’t mean to rock the boat or put a bee in your bonnet but I think there may be space for a cliché or two in one’s narrative. This may come as a bolt from the blue for some readers but I would ask you not to jump to conclusions like a bull in a china shop and remember that only fools rush in. And if I promise to cease with the (admittedly terrible) cliché phrasing for a moment, perhaps those patient enough to have read this far will allow me to elucidate my reasoning!

I should begin by qualifying my first sentence by acknowledging that 99% of the time, I too think clichés are indeed best avoided – much like the adverb (as Christian Mihai notes in his excellent article 5 Simple Steps to Drastically Improve your Writing – although even these, I believe can add value if used with extreme caution and judiciously (oops, one popped out)). However, there really is an occasion when I think that, if carefully chosen, clichés are not only acceptable but can also add to the authenticity of the prose.

I’m talking about dialogue. Clichés are old hat (sorry couldn’t resist one more) for a reason: the average vernacular is littered with them; indeed, the lexicon of the average person within their everyday speech is often not all that broad. We can’t all be poets; nor should we be. Surely, that’s where the writer comes into their own, then – if authors aren’t given licence to be verbose in their language use, then who is? Well, partly I would think the answer to that comes down to narrative style and choice (think of Hemmingway’s sparse prose, for example) and partly I think this is a bit of a red herring (sorry, last one). Yes, words are the writer’s basic building tools (the bread and butter of their trade, you might say) – and I for one actually lean toward the poetic quite heavily – but when it comes to character dialogue, I don’t believe that the same rules necessarily apply. I’m not talking about dialect here but about the word choices characters make: the phraseology we entrust to them. As I’ve already mentioned, we can’t all be poets. Indeed (depending on genre, perhaps) it would be quite tiresome to read an exchange between characters where every phrase takes on yet another original metaphor or simile. Speech is immediate; it’s often impulsive. And with that, common parlance, of which cliché plays a part, is often the ‘go to’ as the means individuals employ in order to express themselves. Characters that are allowed to speak with a natural tongue, using the idioms which are part of the fabric of their culture – whatever that culture might be – will surely be brought to life in a more believable and nuanced way.

At this point, I should reiterate my previous observation that cliché should still be used with temperance and with caution; as overly-worked dialect quickly becomes frustrating to the reader, overly indulged clichés will surely bore them too. You only have to read the first paragraph of this article to see this in action! As such, this is not intended as a promotion of the cliché – I certainly don’t (usually) build my own narrative around this premise! Rather, I put to you the observation that, if used sparingly within dialogue, clichés might just about be allowed a place at the table. Indeed, eradicating them entirely might be a little like throwing the baby out with the bath water…

10 points to anyone who noticed all the clichés!

Another 10 for the adverbs!

2 thoughts on “Cliché in Fiction: Avoid Like the Plague or Better the Devil You Know?”