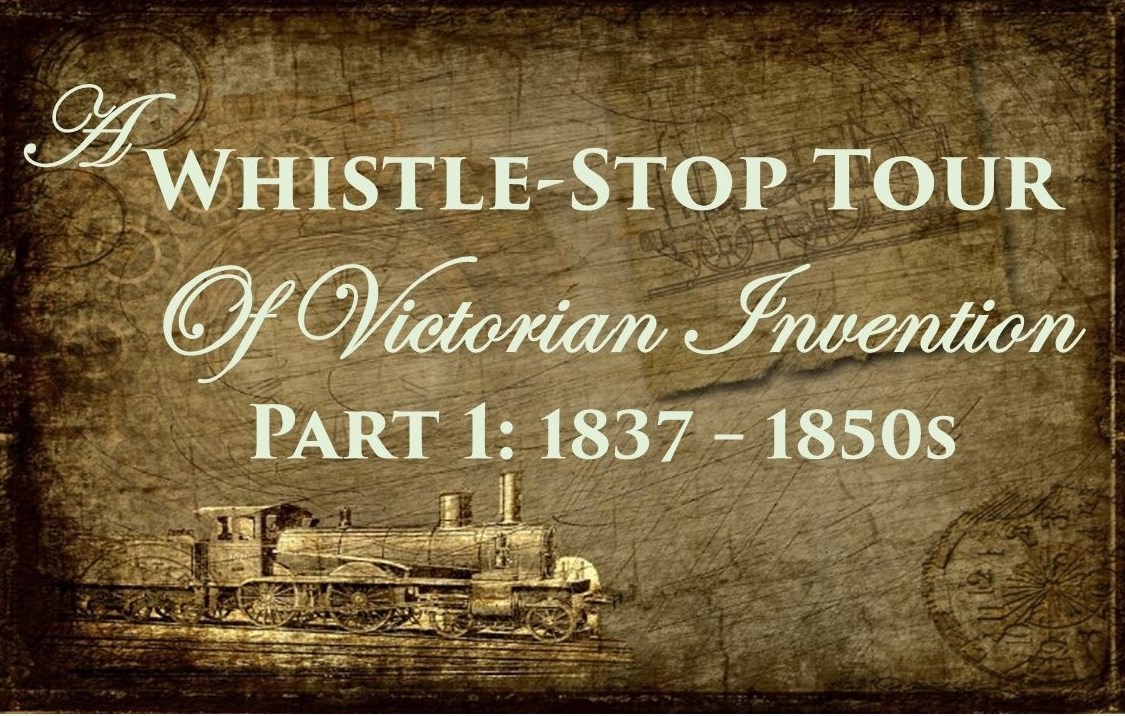 What better way to celebrate #Inventorsmonth this August then to take a whistle-stop tour of some of the astounding discoveries and marvellous inventions that came out of the Victorian era? The period was awash them, not least because of the technologies that were precipitated by the Industrial Revolution that preceded it and the boom of technologies that developed again in the Second Industrial Revolution which took off from the latter end of the 1800s. So where to start? Where better than with the late 1830s and William Henry Fox Talbot? It was this English Member of Parliament whose light-sensitive paper, invented in 1839 (the calotype process of which he later patented in 1841), paved the way for modern photograph developing techniques after all, and allowed for multiple prints to be made from a single negative1. Think of the rich heritage and history found within such artefacts and prints that we would otherwise be without.

Next up, we travel into the 1840s and if I had to pick one invention, it would have to be the American, Elias Howe’s lockstitch sewing machine, patented in 1846, which, whilst not the first working sewing machine to be constructed, had the refinements necessary to make it work for a mass market. In turn, this would open up the possibilities of the garment industry inexorably with the boom in employment across the world (well into the 20th century where it represented new opportunities of work and a degree of liberation for countless women, in particular) and, more local to home and the time in question, with the faster, cheaper and higher quality production of garments for the rich and poor alike2. Hats, overcoats, corsets, suits and petticoats; all could be made at a fraction of the time and cost. Indeed, we should perhaps tip our brims to the man who not only brought us the lockstitch and the finery of the Victorian wardrobe it afforded but also the employment of thousands, if not millions, around the world.

To the 1850s then, to 1855 to be more precise, and to the English inventor Sir Henry Bessemer and his process for producing steel from pig iron. It was this process of blowing air through molten non-phosphoric pig iron in order to remove the impurities that revolutionised the steel industry, making for an easier, quicker and cheaper production and a lighter and more malleable material3. The advent of such steel played a crucial role in the modernisation born of the Second Industrial Revolution and changed the face of the British landscape (indeed landscapes across the modern world) in the construction possibilities it afforded4: of the bridges, the ships, the buildings that could now be built bigger than ever before.

In Part 2, I shall pluck an invention from each of the latter decades of the Victorian era, starting with 1860s. Stay tuned…

4The Bessemer Process: The process that Made the modern World www.searchinginhistory.blogspot.com, June 22, 2015.

One thought on “Victorian Inventions: A Whistle-Stop Tour Part 1”

There was an error retrieving images from Instagram. An attempt will be remade in a few minutes.