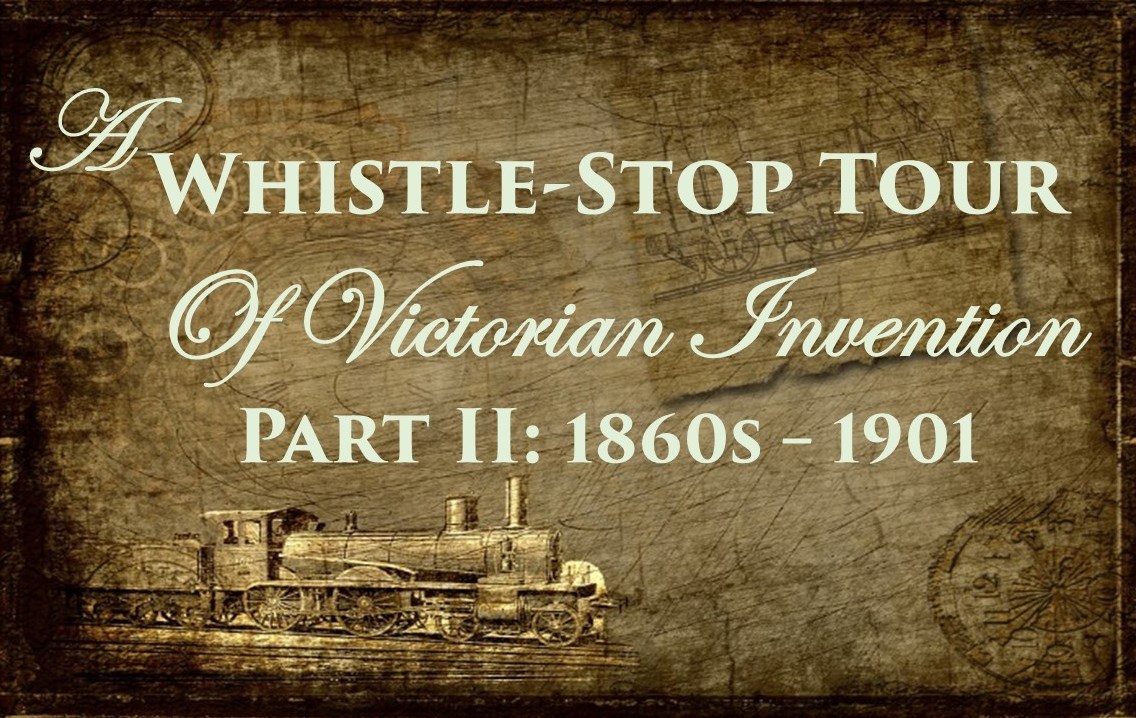 I must begin the second part of our whistle-stop tour in 1863 when, on 10th January, the world’s first underground steam-train line opened in London between Paddington and Farringdon, serving six other destinations in between!1 The thought of these steam-powered locomotives squealing through the dark, carrying gas-lit carriages behind them conjures quite the gothic scene! And it’s no wonder that it sent its ‘passengers coughing and spluttering into the streets’2, what with the smoke, soot and steam that issued throughout the subterranean tunnels flicking with yellow gaslight. All fuel for the imagination and a must for any Victorian or steampunk settings I would think!

And if the first steam-powered underground of 1863 provides the setting for a Victoriana romp, then 1873 provides the machine on which to write it! For I couldn’t pass over the 1870s without alighting on Christopher Latham Sholes and his patent for the first mass-produced typewriter which landed on the market in 1874. Whilst other, more primitive and unwieldy machines were in existence prior to this time, it was Sholes who was granted the patent for a typewriter in 1868. A patent which he sold to the Remington Arms Company in 1873 so that mass production was made possible3 and which included many of the features which stood the test of time over a hundred years later, not least the carriage-return, inked-ribbon, the keyboard layout and typebar mechanisation4. It was called the Remington, an invention which Mark Twain, no less, used to type (or dictated to a typist!) Life on the Mississippi on and thus facilitated the first typed book manuscript submission in history.5

Let us move now to the 1880s and the patenting of the gramophone by German immigrant Emile Berliner on November 8th 1887. Preceded by the poorer sound quality of Edison’s phonograph and his cylindrical recordings, Berliner’s gramophone finally enabled the mass-production of recordings using moulds to reproduce the record discs6. An important step-forward in the world’s cultural tapestry and a beautiful edition to any late-Victorian parlour! 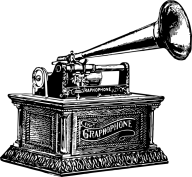 And finally, if the gramophone wasn’t enough for you, then ten years later, surely the patenting of the first wireless radio must be. For in 1897, a year after arriving in England and at the age of only 23, Guglielmo Marconi had broadcast up to 12 miles and patented his first radio-wave equipment.7 It seems apt to finish our whistle-stop tour here with this marvellous feat of engineering as by 1898, 3 years before her death, his station on the Isle of Wight enabled Queen Victoria to message her son, Prince Edward and successor to the throne, whilst aboard his yacht.7